This blog post sponsored by YO Home Sperm Test

My blogging focus is primarily on ALL THE THINGS a woman can do to maximize her fertility. This is because I had multiple infertility diagnoses and had to work really, really hard to take my eggs from no-good to stellar and completely beat the odds (read my story here). Because of this, sometimes I forget to give credit to someone equally important in our miracles- my husband.

We were blessed that my husband had great sperm counts- but that doesn’t mean he got off the hook when it came to lifestyle and diet changes! As I told him, it doesn’t matter how good your sperm count is- if you’re at a hotel and you soak in a hot tub and drink a bunch of beer, you are going to destroy your sperm.  Not destroy forever mind you- sperm are forever regenerating. But they are on a 74 day cycle which means that if your husband/partner binge drinks/smokes/soaks in a hot tub, etc., today, he could decrease his sperm quality for almost three months.  We weren’t willing to take that risk.  In this post I’m going to talk about all the work my husband did when we were trying to conceive to OPTIMIZE his sperm health and his own personal well-being. I’m also going to talk about ways to test male sperm health and how to make decisions based on the results.

How We Optimized My Husband’s Motile Sperm Count

So, it isn’t just the sperm count that matters- it’s the motility (and the morphology to some extent). You need live, robust, swimming sperm that are moving towards the egg. The healthier and more robust the better chances of 1) the sperm actually reaching the egg and 2) the combined sperm and egg making a healthy, sticky embryo that makes it past the first couple weeks of pregnancy. Since we had a history of chemical pregnancies and early miscarriage, it was especially important that we optimize our embryo health!

We were lucky that my husband was already in good shape when we started trying to conceive- he had a healthy body mass index (translation: he wasn’t overweight), he’s never smoked or used recreational drugs, and he was physically active.  He did, however, travel a lot for work. On work trips he would occasionally soak in the hot tubs at hotels, eat a bunch of unhealthy food, chug the coffee, and go out for drinks with colleagues after work. We also had family parties, vacations, weddings, and other events where drinking was the norm. So, it was time to make some changes!  Since I was making sweeping changes too, so we made the commitment together.

First– We worked diligently to eliminate toxins from our home and his personal care regimen that are detrimental to sperm health. These include phthalates, BPA, parabens, triclosan, pesticides, and nonstick pans (read all about the science behind these toxins and sperm health here and read about all our favorite non-toxic options here).  In addition to overhauling our kitchen and housewares, we switched out his deodorant, shampoo, soap, and aftershave to non-toxic alternatives. My husband was great about this- sure he was a little bit overwhelmed at the cost of all these changes at first, but when I sent him the studies showing how all of these harm male fertility, he was sold.

Second– We both totally overhauled our eating habits to an organic (i.e., pesticide-free), nutritious whole-foods-based diet. For hubby, this included eating male fertility superfoods like brazil nuts, pumpkin seeds, walnuts, and almonds, as well as plenty of leafy greens and amino-acid packed meat and dairy (unlike poor me who had to give up dairy!). He was fully on board with minimizing sugar and white carbs (pasta, rice, white bread, etc), limiting eating out, and eliminating processed foods.  He even replaced his breakfast with a protein-dense male fertility optimizing superfood smoothie.  He also supplemented his diet with some specific male fertility optimizing vitamins including cod liver oil, a men’s whole-foods based multivitamin, folate, zinc, and R-Lipoic Acid.

But not every part of changing the diet was easy! For him the hardest parts were reducing alcohol, caffeine, and eating healthy while traveling. Here’s how he did it:

Third – He committed to changing habits and lifestyle choices to optimize sperm health. This meant he avoided overheating his testicles by avoiding hot tubs and hot baths and not wearing tight fitting underwear or workout clothes. He also continued to exercise in moderation, including scaling back a bit from his preference for 20-mile day hikes and running marathons. We also made one commitment he really enjoyed- having sex every day. The science shows that for men with good sperm counts, daily ejaculation actually INCREASES sperm health. He wasn’t complaining about that!

Does this sound like a lot? Well, it really was!  Meanwhile, I was doing a ton also (79 things to be exact!) to optimize my fertility and egg health!  Here’s the good news- you don’t have to do these things forever!  Sperm are on a 74 day cycle, and eggs are on a 90 day cycle- make a commitment for you both to do ALL THE THINGS for 3-4 months and see what kind of miracle you can make (natural or via IUI or IVF)!

How to Assess Motile Sperm Count

It would be a mistake to tell you all about how we optimized sperm health without reminding you that in this day and age we have great tools that can accurately assess the current state of your partner’s sperm! There are two different ways to do this- one is if you’ve just started trying, and the other is if you are already struggling to conceive or diagnosed with infertility.

If you’ve just started trying to conceive your doctors aren’t going to order you a full semen analysis. They are going to tell you to relax (ugh), go home, and have fun for a year if the woman is under 35, or for six months if she is over 35. If you fall into this camp it can’t hurt to do one of the best at-home sperm tests just to do a quick check and make sure you have sufficient motile (i.e., moving) sperm to make the magic happen. We had fun trying out the YO Home Sperm Test which is based on clinical automated semen analysis – but you do it at home on your smartphone.  It’s the only test on the market that actually tests motile sperm count, and not just sperm count. The results include a video of your hubby’s sperm swimming! Even my husband admitted it was pretty cool.

If you get a positive result (greater than 6 million Motile Sperm), this doesn’t mean you have perfect, stellar swimmers, but it does mean you are good to try for the recommended year or six months before pursuing more tests. Remember, you still need to do ALL THE THINGS to maximize sperm health!  If you don’t get a positive result (less than 6 million Motile Sperm) you have two choices- do ALL THE THINGS for 74 days and then use your second test that comes in the kit to see if you’ve bumped yourself up into a good motile sperm count OR you can bring your test results into your doctor and ask them to order you up a full semen analysis. They will be much more willing to do so with that kind of evidence in hand (so to speak).

If you’re on the long road to baby, then you’ll be in the world of full clinical semen analysis, which hopefully your insurance will pay for!  In a full semen analysis they will look at semen ejaculate volume, sperm concentration, sperm motility, and sperm morphology. Now, if your results aren’t stellar your doctor may recommend IUI or IVF. Please, please, please, even if you are going down the path of assisted-reproduction, you still really need to be optimizing your sperm health!  That will give your IUI or IVF an even better chance of succeeding. AND, if your results ARE stellar, don’t think that means you can go out and smoke, binge drink, and sit in a hot tub. NO! We are looking for optimized sperm to make optimized embryos.

Want to read more? Check out my blog post on tips for male fertility!

Join our newsletter and get free fertility printables! 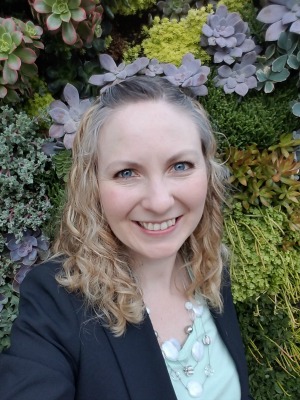 Never miss an update and get free printables! 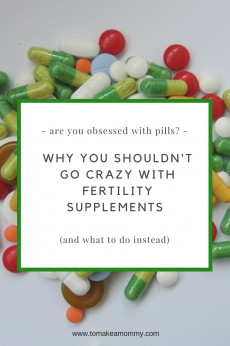 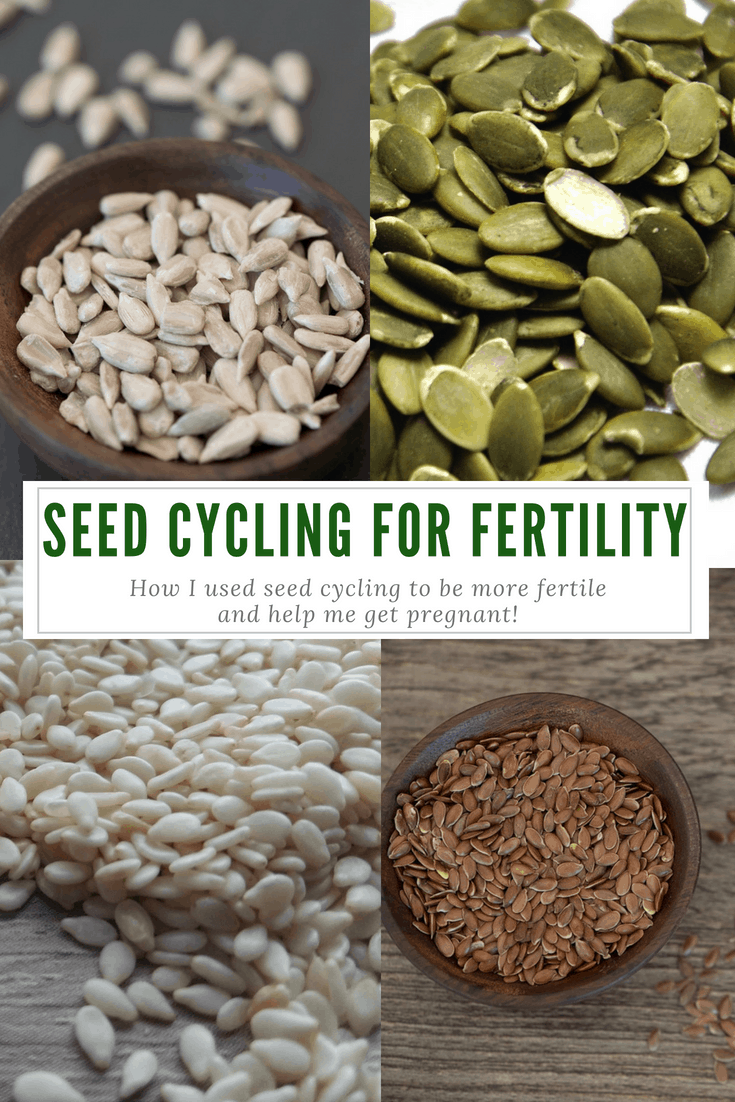 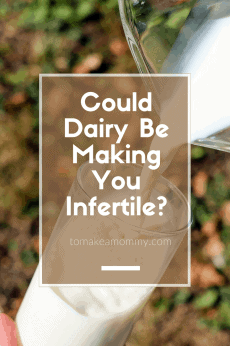 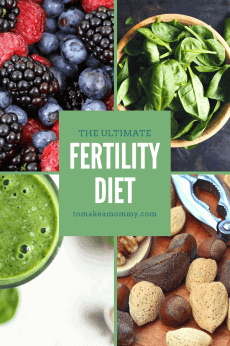 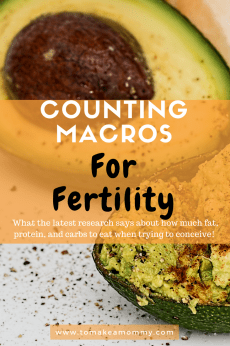 Disclaimer: The information on tomakeamommy.com is for inspirational and educational purposes only. It is not intended to treat, diagnose or prevent any disease and it does not replace evaluation, diagnosis, or treatment by qualified health care professionals. I encourage you to own your baby journey and make your own health care decisions based upon your research and in partnership with wise healers and qualified health care professionals who can provide you with tailored information and treatment opportunities.

Want to know how I got pregnant?

Find out how I transformed my life and got pregnant in less than 3 months after 2 years of infertility and miscarriages! Totally free!

Success! Now check your email to confirm your subscription!